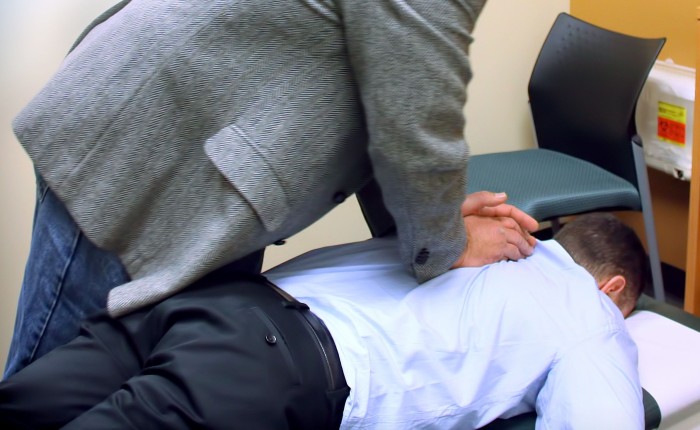 The latest newsletter from the regulator of chiropractors offers an insight into the industry’s culture problems.

In their June newsletter, the chair of the Chiropractic Board has admonished chiropractors for a discussion on how to circumvent consumer protection regulations:

At a recent chiropractic function, a presentation was given on advertising, chiropractors’ responsibilities and the Advertising Standards Authority (ASA). The information was well presented and informative however ensuing discussion revealed that the message is clearly not being heard by all. I urge you to please refer to my email of 30 August 2017 that clearly outlines your responsibilities, and reiterates very important points set out in the Board’s Advertising and Social Media Policy, and references to all other responsibilities. I was particularly disappointed in discussion among practitioners on how to best circumvent the prohibition on posting testimonials on Facebook – some very creative ideas were invented.

The Chiropractic Board published their current Advertising Policy in November 2015. It notes, correctly, that the use of health testimonials in advertising is prohibited in New Zealand by Section 58(1)(c)(iii) of the Medicines Act 1981:

A chiropractor shall not advertise any material which relates to the chiropractor’s qualifications, practices, treatment or the premises where they practice chiropractic if the material:

f) uses testimonials whether from patients or any other person (see section on Medicines Act);

This section [58 of the Medicines Act] provides further at Section 58(1)(c) that it is an offence to imply, claim, indicate or suggest that a medicine, treatment or device is a panacea or infallible for any condition or is recommended by an appropriately qualified person or had beneficially affected the health of a particular person or class of persons, whether real or fictitious.

Unfortunately, this law is widely ignored in New Zealand, particularly by promoters of dodgy health products. In my experience even when breaches are brought to the attention of the agency responsible for enforcing it – Medsafe, in this instance – nothing is likely to happen.

In 2015, my colleague at the Society for Science Based Healthcare Mark Honeychurch and I looked at how often New Zealand chiropractors were publishing health testimonials and various misleading health claims in online advertising. This was prior to the publication of the Chiropractic Board’s current advertising policy, but over 20 years after the law prohibiting the use of health testimonials in advertisements was passed. We found that just over a third of the 137 websites we looked at used health testimonials.

Thankfully, this does seem to have decreased following the introduction of the Advertising Policy, but the recent newsletter seems to imply that chiropractors are not happy about being unable to use testimonials to promote their services.

When looking at how often chiropractors use misleading claims and health testimonials in 2015, we hadn’t looked at advertising on social media. While writing this post, I have searched for “NZ chiropractic” on Facebook and clicked on the top three pages that showed up in the results – Bays Chiropractic NZ, Chiropractic Touch, and Revolution Chiropractic NZ – to have a quick look (I didn’t look through any comments or watch any videos) and see if any of them had been publishing testimonials there.

I didn’t see testimonials on the Bays Chiropractic NZ page, but I couldn’t help but notice that they shared an image in February featuring many misleading claims about chiropractic manipulation, including that it can reduce allergies, asthma, and ADHD. As the Chiropractic Board of Australia has clarified in their own Statement on Advertising in 2016, these claims are not supported by evidence:

In August 2017, Chiropractic Touch posted a testimonial claiming that chiropractic manipulations had cured someone’s asthma. They used one of the “creative ideas” commonly used by chiropractors to try to circumvent the prohibition on publishing health testimonials: telling the testimonial in the context of it inspiring a chiropractor to pursue their career rather than framing it as a patient’s experience.

Whatever improvements there may have been over the past few years, it seems the chiropractic industry in New Zealand is still struggling with its culture of ignoring or sidestepping patient protection regulations.